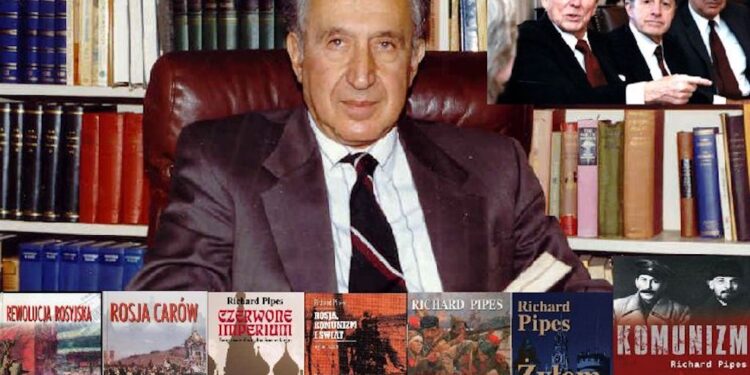 The elections in the United States, leftist progressivism in Europe, the Chinese virus, the Russian game in the Caucasus, have become clear signs of our time that communism is not dead. When Germany lost the II World War in 1945  after 12 years of deadly dictatorship, communism was just entering the world’s stage. It continued and threatened the world for nearly half of a century. The evil empire collapsed in 1989. Three outstanding people contributed to this in a special way: Pope John Paul II, US President Ronald Reagan and Richard Pipes, who was an advisor to the American president  in 1981-1982 . The involvement of the first two in the fall of communism is obvious. Richard Pipes’ merits are still widely unknown knowledge.

After reading his book „Communism”, which is a compendium of knowledge about this most criminal system, I reached for the autobiography of this most eminent Sovietologist. Both books should be on the list of set texts in secondary schools. They are a look at the last century of history with the eyes of a man who combined three cultures: Jewish, Polish and American. In them, Professor Pipes describes the entire system of connections and dependencies, rules and functions that the most brutal ideological system has applied to the world and, what is worse, is still applying.

I haven’t had a contact to Richard Pipes. The wisdom he shared in his autobiography, and „Communism” – the book that became my second bible, urged me to not to give up. Despite the fact that he had not been an employee of Harvard University for over 20 years, the department of history gave me an effective support. The professor answered me very quickly. We were supposed to talk. Unfortunately, we

did not make it. If he lived, he would explain to us the phenomena I mentioned at the beginning of this essay, their significance for the fate of the world, scale, shift and would suggest how to react. As he prompted President Reagan during the martial law in Poland. However, the professor left us his workshop, full of knowledge, experience and tools to defend not only against communism, but its numerous mutations. All anti-freedom movements, which used to assume the mask of the fight for minority rights in Europe, are the aftermath of communism, its crooked reflection, well-masked oppression of man as an individual. They are, referring to the last essay of Krzysztof Chmielnik, as if in place of communism. That is why they are more difficult to recognize, more dangerous in consequences and almost impossible to eliminate. Almost.

„We need the greatest warrior”

We need to defend ourselves against this progressive conclusion of our freedom, against legal depreciation, against a more severe denaturation than in the Stalinist era. As Agamemnon left for Troy, his adviser Nestor made it clear on Achilles’ involvement: „This will be the greatest battle of our time, we need the greatest warrior.” I have no doubts that there is a war ahead. It is already here. War with communism in its new guises. Marches of vulgar manners in Poland, imposing homosexuality in Europe, and finally attempts to neutralize democracy in the United States.

The war against communism, as we did not know, will be the greatest war of our times. We need the wisdom of the greatest warrior – Richard Pipes – the hero of the war against communism, called by the Russians „a staunch enemy of the USSR” perceived by the newspaper „Pravda” as filled with „pathological hatred of the Soviet Union.” That is why during this year 2021 I will be encouraging in every way (especially on twitter) to read his books. And I will suggest  for reflection his wise thoughts. Reagan exposed the weakness of communism militarily and economically, John Paul II in moral and social terms, Richard Pipes analytically and historically.

This lesson of communism will be very useful to those who, although they lived in a communism, somehow forgot about it. For the untouched by communism, it will be an image of reality, the existence of which will seem to them as absurd as the fact that 30 years ago snickers chocolate bars were bought once a year in the weather one for dollars in the Pewex store, and knowledge about bananas was limited to hearing about them, that they are. Quite willingly all sorts of postcommunist and quaziliberal generations tried to convince us that the communism was long gone. It has not. It strikes back. Luckily we have Pipes. And let’s not hesitate to use his knowledge. 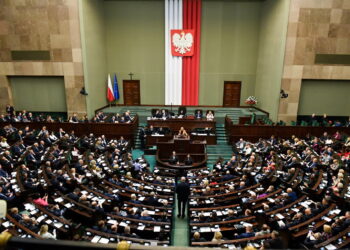